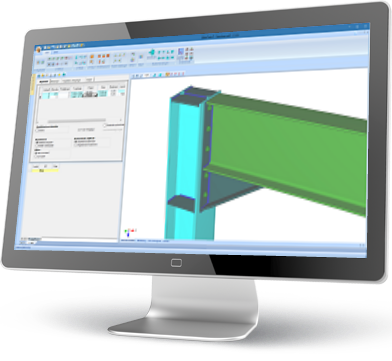 The MatrixTools detail analysis options are easy to learn and easy to use. Results are presented as a summary of all decisive results, both on screen and in printout.

MatrixTools kan be used in design mode and in check mode as well. Practical and easy in case you have to check calculations.

Some calculation options are available as a free of charge Android and iOS app for use on tablets and smartphones. Go to Google or Apple store en search MatrixToolbox.

Fire resistance concrete: testing fire resistance of round or rectangular concrete constructions, executed as a column or wall. Buckling lengths can be determined automatically and it can be indicated per entered combination whether this combination should be tested on fire.

Pons advanced: expansion on the standard punch module. With the aid of optimization algorithms, punch reinforcement can be determined in a very detailed and efficient manner. This leads to a reduction of the necessary punch reinforcement. This punch module is also connected with FEM floors for exchange of geometry and strength effects.

Making design calculations for timber beams for floor and roof constructions in residential and non-residential constructions is a regular occurrence. These calculations are characterized by their simple mechanics diagram, but the sizing according to the Eurocode often results in an extensive calculation, in which several load cases have to be considered for both the ultimate limit state (strength) and the usability limit state (stiffness). In addition, construction in timber is characterized by the multiplicity of modification factors, depending on the load duration, the type of wood used, dimensions and the climate class.

The use of software for calculating the aforementioned timber constructions is therefore a logical consequence. In a short time frame, complete timber constructions can be dimensioned in a responsible manner, whereby several alternatives can be put next to each other. The program is suitable for constructors, but can also be used by architects, contractors and construction engineers, who want to make design and inspection calculations and, in particular in the design phase, to arrive at a quick estimate of the profile size.

Beams in floors and roofs:

For dimensioning floor and roof beams, where the stiffness of the wall and the center-to-center distance of beams for the spread of a concentrated load play a role. In the calculation of a flat roof, the additional load due to water accumulation is also taken into account.

Girders used in a roof can, depending on the installed wall, be subjected to both single bending and double bending. The changeable loads that have been introduced are linked to the roof pitch and are automatically corrected when the roof pitch is changed.

The calculation of rafters differs from the other calculations, because normal forces can also occur in this construction element. In addition, the variable loads are directly linked to the roof pitch and the size of this load is automatically adjusted to the specified slope.

In addition to applying own loads, the wind load can be automatically applied by the load generator. In addition, just as with traces, the normal force and the combination with bending forces are tested.

The module Steel Connections calculates bolted or welded connections on the basis of the extensive and partly complex calculation rules according to Eurocode. The program works both controlling and geometric designing. The schematic and 3D drawing modules enhance the insight during the design of the connections. The calculation takes into account the plastic properties of the material. This allows the connection to be used even further. The degree of output can be determined by the user and varies between a short summary and a very extensive output, in which the calculation is discussed in detail. This makes the output extremely suitable for the inspection bodies.

Welded round and square tubes:

Geotechnical calculations are carried out on the basis of the soil structure in the area to be considered. The land can be entered manually by means of a library with soil types, or can be analyzed on the basis of a sounding. On the basis of this land data, pressure piles, draft piles, bending poles and foundations on steel can be calculated according to the Eurocode.

Module for calculating the limit load capacity of pressure-loaded piles. On the basis of one or more probes, the pile load capacity is determined per cavity depth. When an insertion depth is selected, the final calculation can be carried out as a final check.

Module for dimensioning reinforcement in horizontally loaded piles. The calculation method is based on the application of a uniform or running bedding constant on the side of the pile. From this, the deformations and the force effects, which are used within the concrete calculation according to the Eurocode, are dimensioned on the reinforcement.

Tension piles are frequently used in practice, for example under tunnel box constructions or in places where stability bonds engage. The calculation method is based on the CUR2001-4 "Design rules for piles". The carrying capacity is determined for a single pole or for a pile group.

Module for the calculation of the load capacity and the shape change behavior of vertical and horizontal stressed strip foundations. Based on a probing or a manual soil entry, the program checks the given foundation in undrained or drained situation, including testing for penetration of underlying soil layers. Reinforcing the foundation strips can be done with the module "Foundation on steel reinforcement".

MatrixToolbox for Apple and Android▼

6 Toolbox modules are available as app for Apple and Android 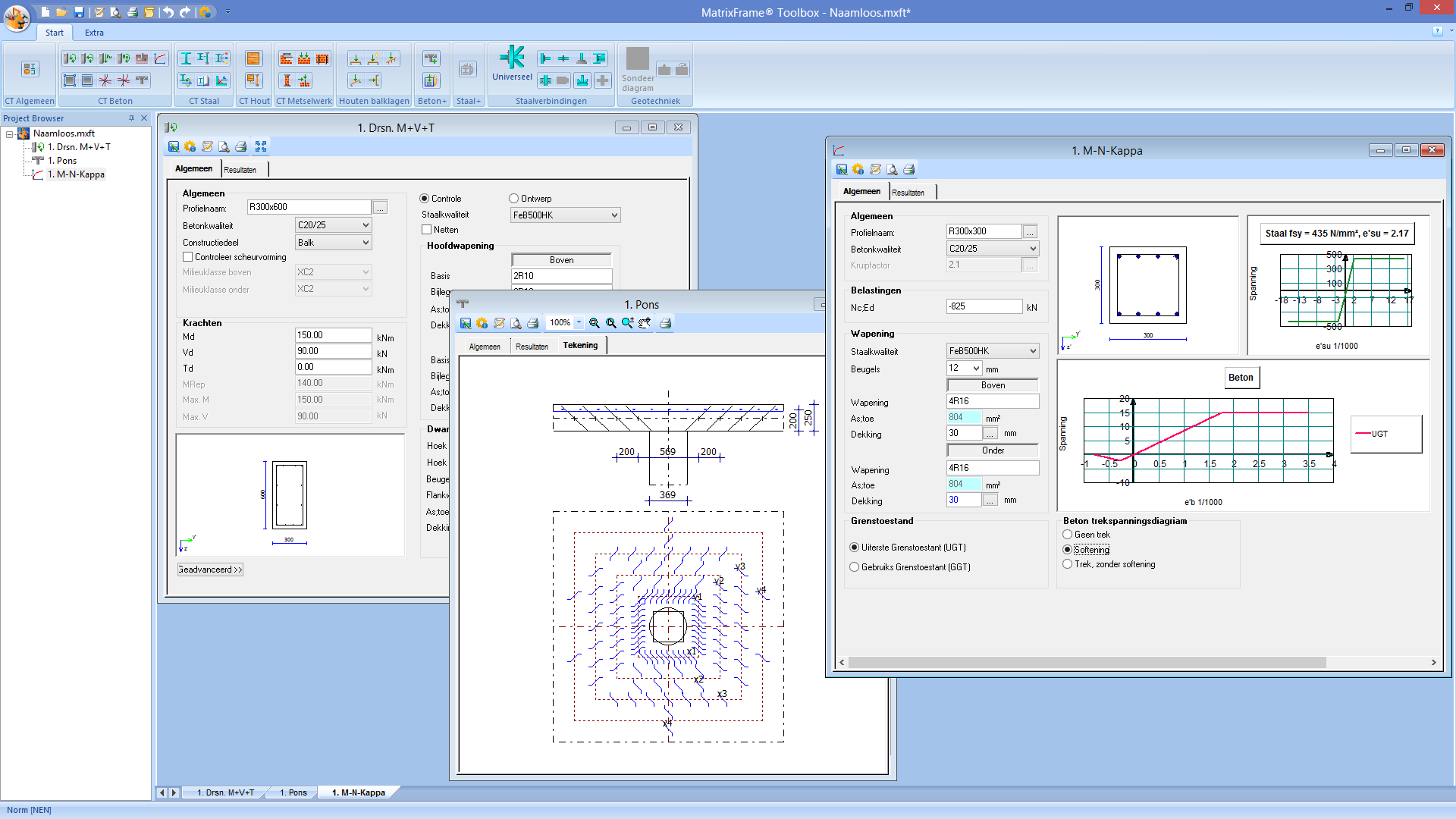 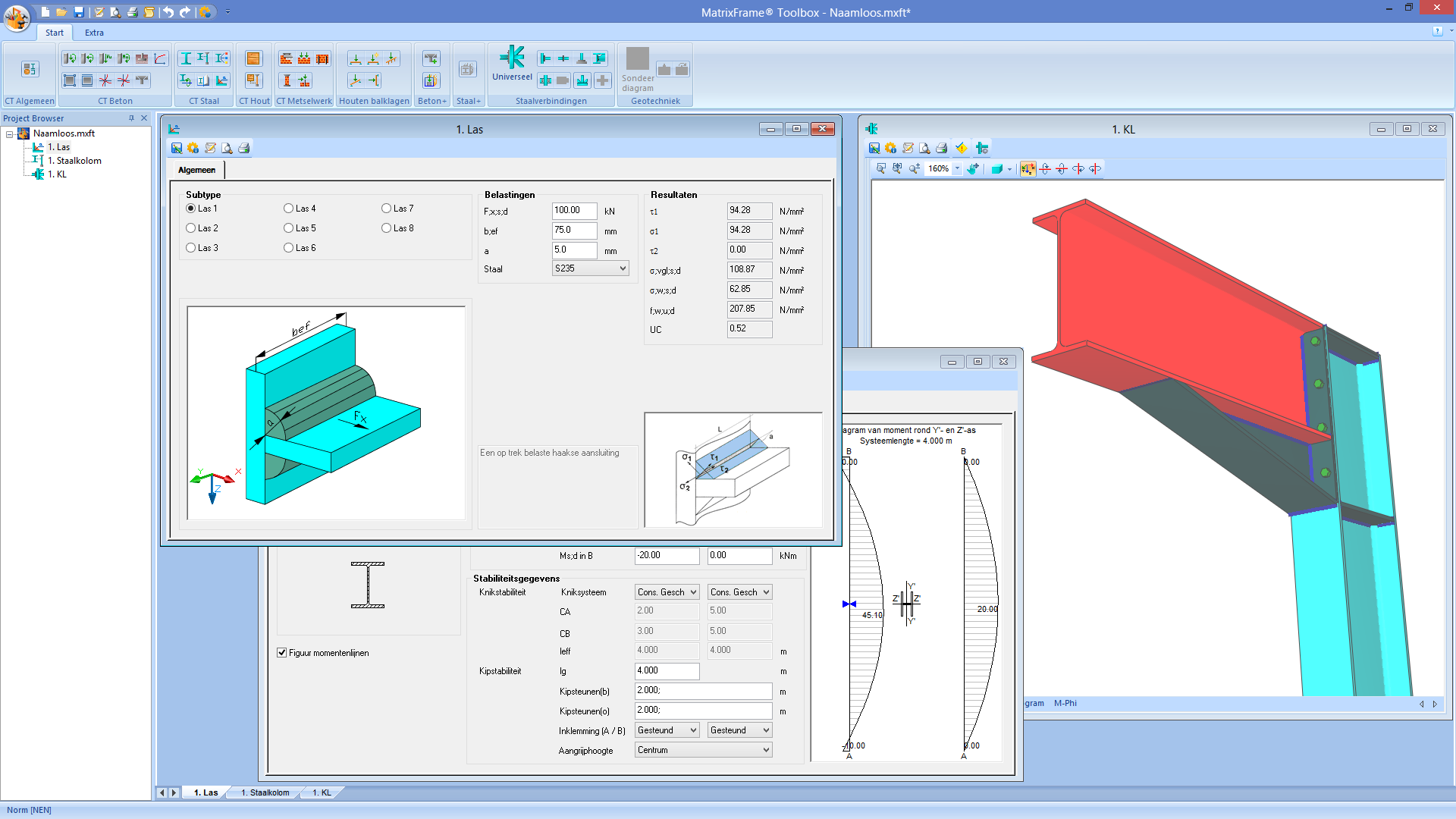 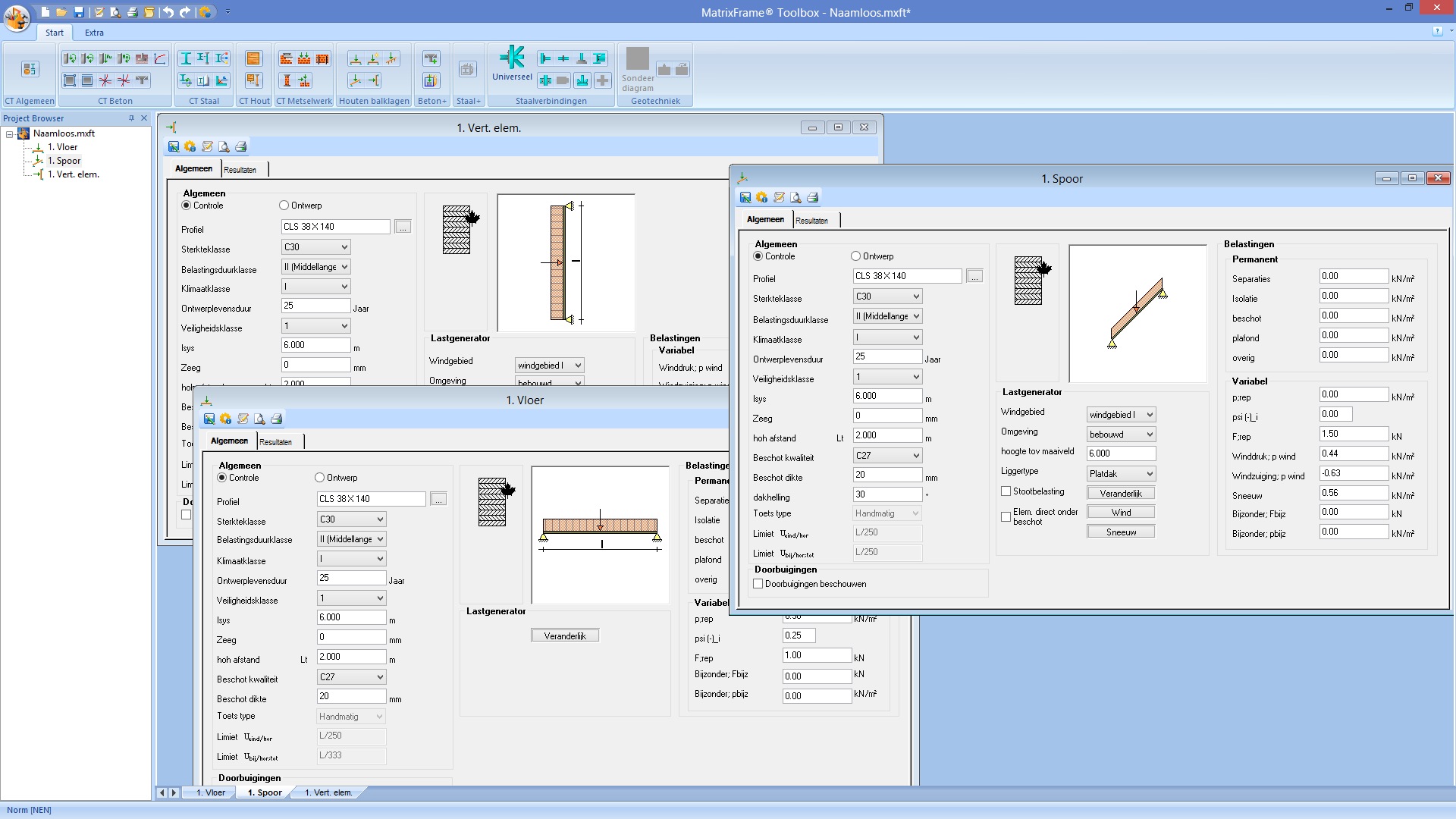 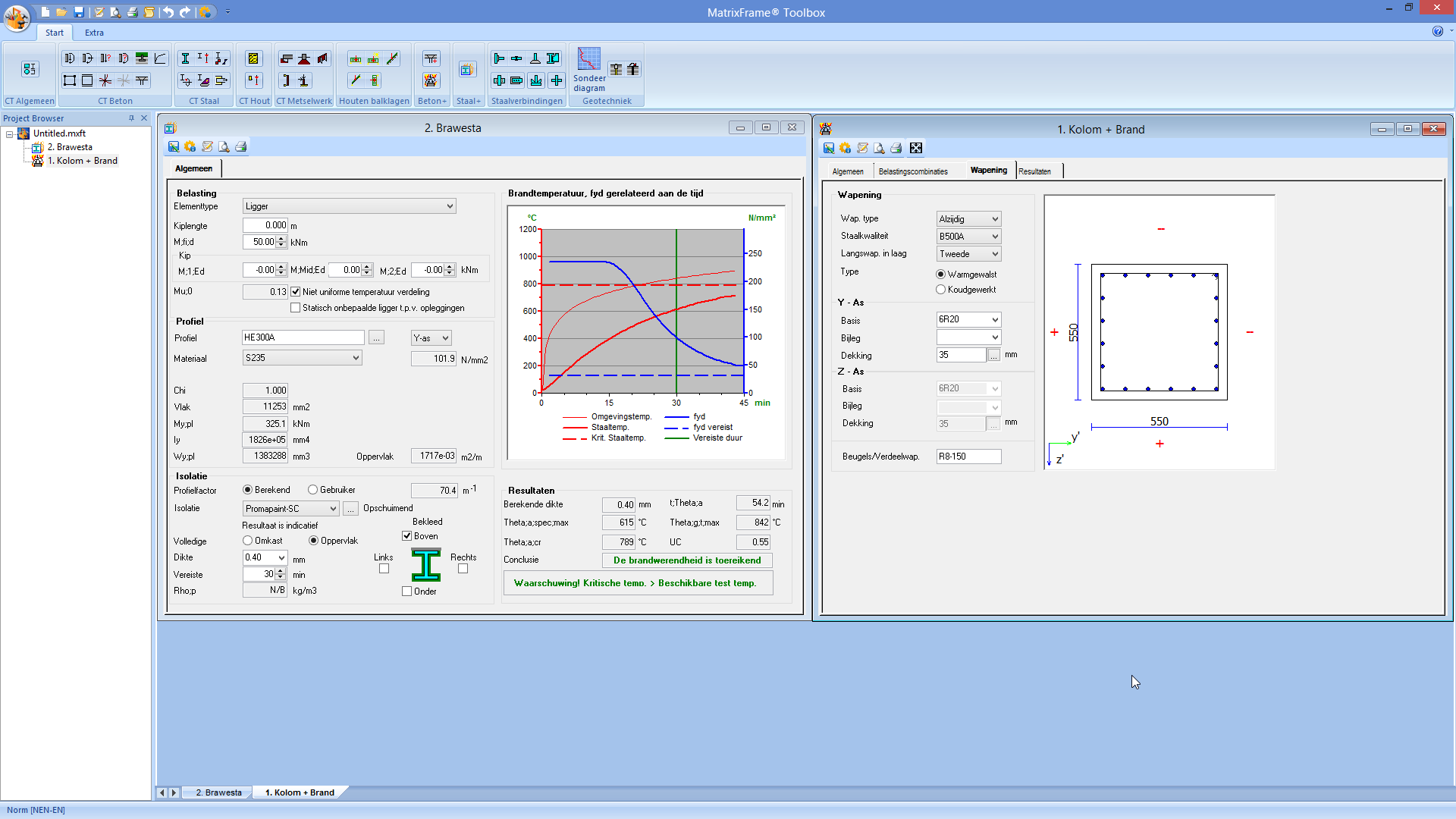 We would be happy to advise you

Designing building constructions is a specialism and requires expert advisers. We would like to give you expert advice on the possibilities of MatrixFrame for the calculation of building constructions. Call us or respond via the website for a meeting with one of our consultants. Do you want to discover the operation and vision of the software yourself? Request a demo version.

Are you interested in our products for structural engineers and precast concrete industry? 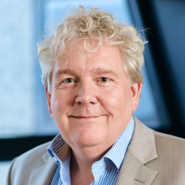